Background: Immunization is the most effective and efficient public health effort in preventing various dangerous diseases, one of which is measles immunization. In practice, it is very closely related to needles that can cause anxiety, pain, avoidance, and even suffering in children when visiting health services to get vaccines. Parental care is a form of non-pharmacological intervention to treat pain. The purpose of this study was to determine the effect of parental maintenance on infant pain levels during measles immunization.

Methods: Quasi-experimental research method with pretest posttest control group design. The number of samples was 42 respondents who were divided into an intervention group and a control group in the working area of ​​the Taman Bacaan Health Center Jambi city, Indonesia. This research was carried out in May-July 2021. The instrument used is the Face, Legs, Activity, Cry and Consolability (FLACC) scale and parental holding Standard Operating Procedures (SOP). Research statistical test with paired t test and independen t test.

Conclusion: The parental grip in the position of holding the baby facing the chest with the parents affects the baby’s level of pain during measles immunization. It is hoped that parental holding can be used as an alternative during immunization so that babies are more comfortable and can reduce pain.

The numbers of samples involved were 42 participants who were chosen randomly or randomly from the population. The sample was divided into an intervention group of 21 respondents in (given parental holding by hugging) and 21 respondents in the control group (held and on the lap by his mother). Calculation of the number of samples was determined using the Slovin formula [20], where from a population of 47 people, d = 0.05, the total sample was 42 people. The research population, also known as the target population in this study, was the number of toddlers aged <1 year who visited the Taman Bacaan Health Center in Jambi City, Indonesia, conducted on May-July 2021, totaling 47 people.

The independent variable is parental holding, and the dependent variable is the level of pain in infants during measles immunization. Pain variables were measured using the FLACC Pain Assessment Tools instrument. The FLACC Behavioral Pain Scale is a pain assessment tool for children less than three years of age or with cognitive impairment. FLACC is an acronym for Face, Legs, Activity, Cray, and Consolability (face, legs, activity, crying, and controllability). The five components are totaled, and the severity of pain is determined from a score of 0-10.
The assessment consisted of facial expressions (0-2), leg movements (0-2), activity (0-2), crying (0-2), ability to be entertained (0-2). The results of the behavioral scores are: 0: No Pain, 1-3: mild pain/mild discomfort, 4-6: moderate pain and 7-10: severe pain/severe discomfort. Measurement of the pain level variable was carried out before the intervention (pre-test) and 15 minutes after the intervention (post-test).
The type of intervention in this study was parental holding by hugging (Intervention group), and held and on the lap by the mother (control group). Both of these interventions were only carried out once when the child was given measles immunization.

Prior to the implementation of measles immunization, the researcher first asked the mother’s willingness to provide informed consent. After the consent became the research sample, the baby’s mother signed the informed consent. No economic incentives were offered or provided for participation in this study. The study protocol matched the Declaration of Helsinki ethical guidelines for clinical studies.  This research has been approved by the Health Research Ethics Commission of the Health Polytechnic of the Jambi Ministry of Health with the number LB.02.06/2/51/2021.

Data are presented as numbers and percentages for categorical variables. Continuous data were expressed as mean ± standard deviation (SD) or median with Interquartile Range (IQR). To see the distribution of research data, the Kolmogorov Smirnov test was used. The research data is normally distributed. Then proceed with bivariate analysis using the Paired t test. The Paired t test was used to determine the effect of Parental holding on infant pain level during measles immunization. Then to analyze the differences between the intervention and control groups, using the Independent t test. All tests with p-value <0.05 were considered significant. Statistical analysis was performed using the SPSS version 16.0 application. 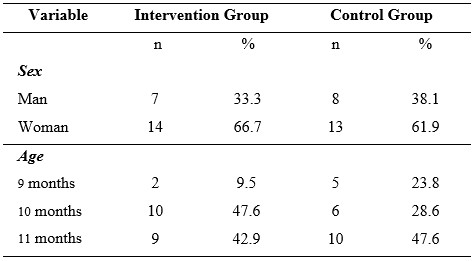 Table 1. Frequency distribution of general characteristics of the sample

Based on table 2, the research data obtained were normally distributed with p-value > 0.05.
Bivariate analysis aims to explain or describe the dependent variable, namely the level of infant pain during measles immunization in the intervention group and the control group.

Table 3. Analysis of the effect of parental holding on infant pain levels

Based on table 3, it is known that the results of paired t test have the effect of parental holding on the baby’s pain level during measles immunization with a p-value < 0.0001 . The mean value of the two groups (intervention and control) is 6.88. The result of independent t test is a p-value <0.05, it means that there is a difference in the effect of the two interventions on the pain level of infant during measles immunization.

The purpose of the study was to carry out parental holding it would affect the level of infant assistance during measles in the work area of ​​the Taman Bacaan Health Center Palembang. In this study, the age of the respondents was between 9-11 months; based on Minister of Health regulations no. 42 of 2013 the first measles immunization was given to infants aged 9 months. Measles immunization is given in 2 doses, namely when the baby is 9 months old (as basic immunization), and when the baby is 9 months old (as basic immunization). when the child is 2 years old (as a follow-up immunization) [21]. According to Perry et al. [17] young children have difficulty understanding pain and procedures performed by health workers. Toddlers have difficulty interpreting the pain experienced, usually the toddler responds to pain with crying or facial expressions and simple words for toddlers who are able to speak. Babies have not been able to express pain with words; therefore the level of pain in infants is measured using the FLACC scale which is seen through the baby’s responses in the form of behaviour, facial expressions, crying, and movements.
In this study, the observed of level pain was in infants aged 9-12 months, babies could not show the pain response, it was necessary to have skills of health workers to assess the baby’s pain level based on the FLACC scale, besides that most mothers said they were afraid to accompany the baby directly during immunization. In this study, it was stated that there was a significant decrease in the infant’s pain level during measles immunization with a p-value < 0.0001 and the minimum and maximum pain values ​​obtained from the control group (who were not given parental holding) of 7.00 and 10.00. to the minimum – maximum values ​​in the intervention group (given parental holding) of 4.00 and 7.00.
This study is in line with research Modanloo et al. [12] which states that pain management strategies during vaccination can be carried out by holding. While in this study, parental holding is done by hugging or hugging. According to Sari [9] hugs from parents to their children will help the pituitary gland secrete endorphins which function to increase the immune system, increase the ability to reduce feelings of anxiety. In addition, the baby will avoid fear, anxiety and stress. Increased endorphins can affect mood, reduce anxiety, cause muscles to relax, and calm down, therefore, the level of pain experienced by the baby will decrease. Endorphins are natural substances produced by the body whose job is to inhibit the passage of pain sensations from the traumatized body part to the brain. Everyone’s endorphin levels are different, this causes different responses to the same type of pain [22]. Besides being useful for inhibiting pain, endorphins also have other benefits, namely to regulate hormone production, reduce persistent aches and pains, and control stress [23,24]. In line with research Qiu et al. [25] which states that endorphins are endogenous opioids that are released in response to pain and increase pain inhibition when an organism is exposed to stress or painful stimuli (acute pain). In this study, painful stimuli in the form of measles immunization injections can affect the release of endorphins.
This study is in line with research Dewi et al. [26] which states that babies who given parental holding will feel a sense of love and comfort from their parents, so that the fear and anxiety they experience will be reduced because of their parents holding them. Parental hugs provide a sense of comfort and reduce pain levels in children.
In this study, the difference in the level of infant pain in the intervention group and the control group can be seen from the pain response felt by the baby, as evidenced by changes in facial expressions, grimacing, body squirming, crying, body rigidity, restlessness, to an increase in stress hormones. Parental holding involves close contact between parents and babies, with the baby in the parent’s arms, facing each other and parallel, and there is eye contact between the two. Parental holding may reduce the response to procedures that are painful for the baby, such as immunizations. Parents can distract and calm their babies, this is in line with the recommendations from WHO to pay special attention to babies during immunization. When babies are immunized using injections, parental holding by hugging other forms of touch that can minimize pain, make babies feel more comfortable and good, so that it has an impact on the baby’s quality of life by getting a direct touch of love from the parents [18].
Parental holding comfort to the baby and mother at the time of immunization with the injection technique, so that immunization does not have an impact on causing trauma to babies until they are adults for fear of being injected. In addition, it can be used as an alternative effort for health workers when giving immunizations to minimize level pain in infants.
Researchers would like to convey that these two interventions have been proven to reduce immunization pain in children. although in the independent t test the two interventions had differences in reducing the pain scale in immunized children. This means that the way the mother holds or hugs the child during immunization has a calming effect on the child.
The strength of this study compared to previous studies lies in the comparison of the effects of 2 different interventions on the pain scale during measles immunization in children which was not carried out in the previous study, which only used 1 intervention in the form of parental holding.

One of the limitations of this study is the very small sample size (a pilot study). The research location only involves one region, therefore  it cannot compare the results of similar studies in different populations. In addition to these two things, the environmental conditions where the vaccination is carried out must be designed not to have little effect on the research results. Likewise, the clothing of health workers must be adapted because usually, children are treated at hospitals or trauma clinics in white clothes.

This research did not receive any specific grant from funding agencies in the public, commercial, or not for profit sectors.

The authors report no conflict of interest.

We would like to thank the director of the Department of Midwifery and Pharmacy, Palembang Health Polytechnic for supporting this research

All authors equally contributed to preparing this article.

3. Greenwood B. The contribution of vaccination to global health: past, present and future. Philosophical Transactions of the Royal Society B: Biological Sciences. 2014;369(1645):20130433.

14. Canbulat Şahiner N, Inal S, Sevim Akbay A. The Effect of Combined Stimulation of External Cold and Vibration During Immunization on Pain and Anxiety Levels in Children. Journal of Perianesthesia Nursing. 2015;30(3).

16. Özdemir FK, Tüfekci FG. The effect of using musical mobiles on reducing pain in infants during vaccination. Journal of Research in Medical Sciences. 2012;17(7).

19. Sri Rahyanti NM, Nurhaeni N, Wanda D. Could a Certain Sitting Position Reduce the Pain Experienced by a Child? The Benefits of Parental Holding and an Upright Position. Comprehensive Child and Adolescent Nursing. 2017;40.

This work is licensed under a Creative Commons Attribution-NonCommercial-NoDerivatives 4.0 International License.